The story narrates that around 1000 A.D., the Moors were the first to bring coffee to Sicily and to spread its ritual made of slow mannerisms and unmistakable aromas.

For Christmas Morettino, historic coffee roastery from Palermo that just celebrated their one-hundred-year anniversary, dedicates an exclusive limited coffee collection to the Sicilian Moors and to the evocative legend that started one of the icons of the island: I Mori di Sicilia.

A collection, designed by the Sicilian artist Alice Valenti, which tells the story of ancient times and strong passion of the feeling of belonging to the land, but also an invitation to discover the slow process and the intimate ritual of coffee brewed with a Moka, with its unmistakable aroma that spreads throughout the house.

According to the ancient legend, in the year 1100 during the Moorish domination of Sicily, a beautiful girl lived in the Kalsa neighborhood of Palermo. One day she met a young Moor, and it was love at first sight. However, soon the girl’s happiness vanished when she learned that her lover would leave her to go back East, where he had a wife and kids.

Disheartened by the betrayal, she decided to seek vengeance during the night, and when the Moor fell asleep, she killed him by chopping off his head. She then used the head to create a vase in which she planted basil seeds and displayed it on her balcony. After watering the seeds with her tears, the basil grew thrivingly and made the locals jealous, who in turn had made terracotta vases made in the shape of a Moorish Head. A tradition that has lasted for centuries as a decoration of Sicilian balconies.

This ancient and fascinating story inspired the limited-edition collection “I Mori di Sicilia”, designed for Morettino by the Sicilian artist, among the last beholders of the ancient art of Sicilian cart decoration, who also has a past of collaborations with design and fashion brands such as Smeg and Dolce & Gabbana. Alice Valenti, with her unique creativity and personal touch, was able to bring to life a package with a unique design that represents – using a surprising union between the traditional Sicilian iconography and modern design – the Girl and the Moor.

The Morettino limited edition also includes the exclusive Gift Box that suggest the myth of the two lovers as a lifestyle. The gift boxes have two hand crafted cans of fresh ground coffee, paired with some iconic objects: the Moor heads and the handmade ceramic pinecones by young Sicilian artisans according to the ancient tradition from Caltagirone and Santo Stefano di Camastra, or the steel Moka made in Italy and signed by Morettino, for a coffee with the aroma of Sicily and objects with a unique design.

In some combinations the box also includes basil seeds, which can be planted inside the ceramic Moor Heads to symbolically recreate the myth.

The “Mori di Sicilia” already had a great success, attracting buyers and prestigious international Fine Food chains and contributing to spreading the quality of Made in Italy in the world. The new collection is available on the online shop Morettino.com even with a section dedicated to companies and B2B, to fulfil the numerous requests of gift baskets and ideas for Christmas for their clients or employees.

In each can there is a special blend of freshly ground coffee for the coffee pot, roasted by the Morettino master coffee roasters using the ancient tradition that has been passed on from father to son.

It’s an intense blend with a typically Mediterranean character and with a velvety and persistent flavor. The result of selected origins from the warm tropical countries and symbol of the integration of flavor and different cultures, like the union of the two unfortunate lovers. 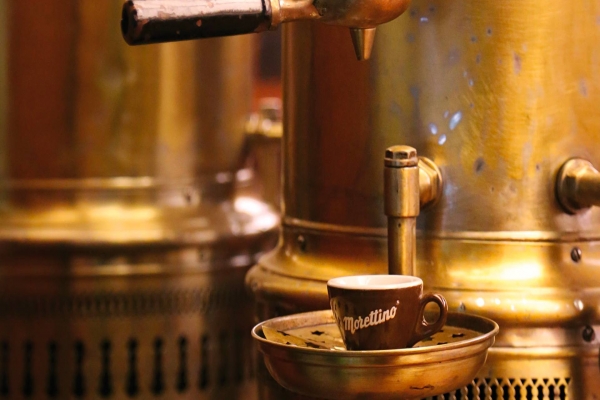 There’s no taste without knowledge: discovering the Morettino museum factory 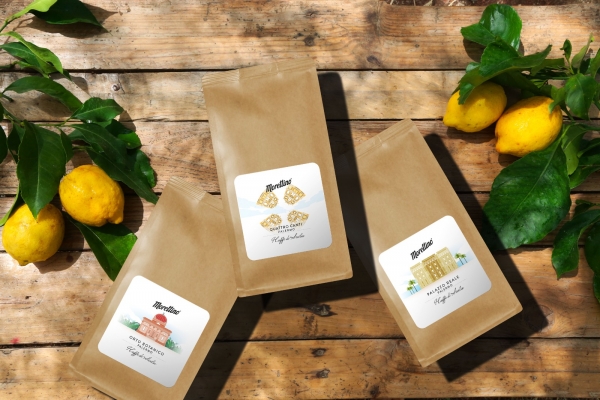 Sicilian Coffees, Morettino's project to talk about the island beauties 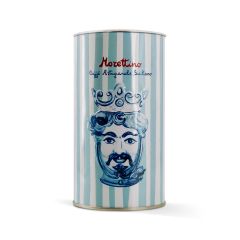 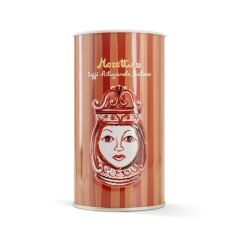 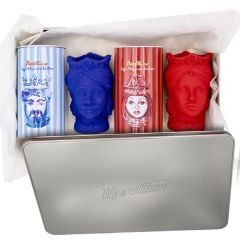 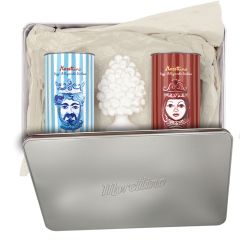 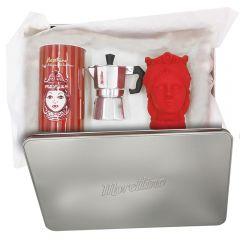